This past week I had the opportunity to spend some time in Zakynthos, Greece, working with the local NGO, Earth, Sea & 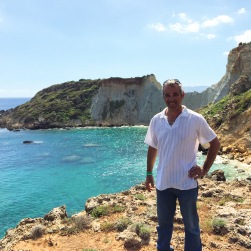 Yannis at a secret spot in Zakynthos.

Sky. Earth, Sea and Sky was established in Zakynthos, Greece in 1993 by Yannis Vardakastanis. Yannis grew up on Zakynthos and became a full-time conservationist in 1991 after witnessing a significant change in the local marine ecosystems and sea turtle nesting behavior on the island, inspiring him to take action.

In 1996 Earth, Sea & Sky funded and built the Sea Turtle & Wildlife Information Centre at Gerakas to encourage visitors to take a closer look at the rich heritage, natural beauty, wildlife and culture of Zakynthos, and to promote the need for sustainable tourism.

In recent years, with the help and support of the Sea Life Centre’s, Earth Sea & Sky has built the Zakynthos Sea Turtle Rescue Center for the rehabilitation of sick and injured turtles on the island of Zante. The Rescue Center is currently open as an Education and Learning facility while the group works on finalizing all of the paperwork for their wildlife rehabilitation permit. 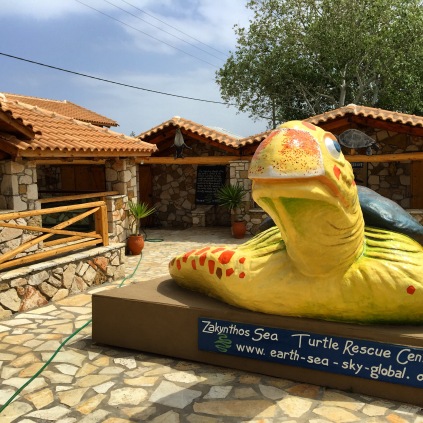 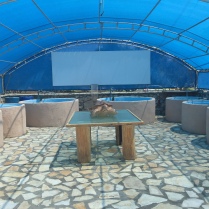 Zaknthos is an important nesting area for loggerhead sea turtles, one of the seven species of marine turtles found worldwide. Loggerhead sea turtles (Caretta caretta), named for their large skull and jaw, grow to be about three feet in length and weigh 200-400 lbs. (90-180 kg.) as adults.

Every summer, from the beginning of May until mid-August, hundreds of loggerhead turtles return to the beach where they hatched to lay their own eggs, approximately 20-30 years later. Female turtles usually lay two to three nests every three to four years. An estimated, one in every 1,000 hatchlings survive to adulthood.

In the Mediterranean, nesting occurs primarily in Cyprus, Greece and Turkey. About 80% of the Mediterranean population of loggerhead sea turtles nest on the beaches of Laganas Bay on the southern coast of Zakynthos.

There are 6 nesting beaches along the Bay of Laganas – Marathonissi, East Laganas, Kalamaki, Sekenia, Daphni and Gerakas. An average of 1,200 nests are laid each year. 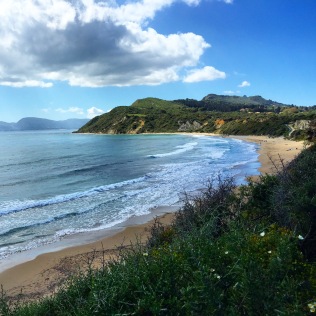 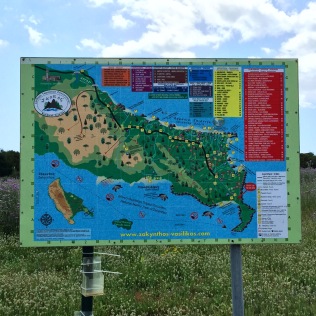 Sea turtles are protected internationally by CITES – The Convention on International Trade of Endangered Species of Flora and Fauna. 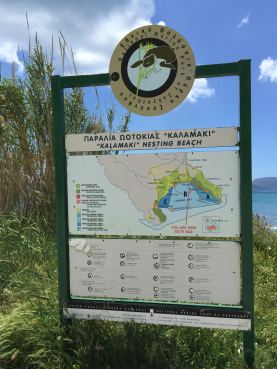 Protections for the Zakynthos nesting beaches were introduced in 1984.  These were further strengthened by a Presidential Decree in 1990 which placed limitations on the number of visitors in the area, restricted development, and prohibited artificial lighting as this disorients hatchlings making their way to sea.  Three marine zones were established between 1988 and 1994 to restrict boat speed, anchoring, and fishing activities within Laganas Bay.

In 1999, the Greek government established the National Marine Park of Zakynthos, the first National Park to protect loggerhead sea turtles in the Mediterranean Sea.

In addition to being an important sea turtle nesting site, Zakynthos is a popular holiday destination. In the summer months, the same time the turtles are nesting, the island of Zante becomes a travel location for thousands of tourists from all over the world.

Continued presence of tour boats may be disrupting the turtles’ natural behavior and affecting their mating and nesting activity. When choosing a tour operator, it is important to seek the least possible disturbance to the animal. 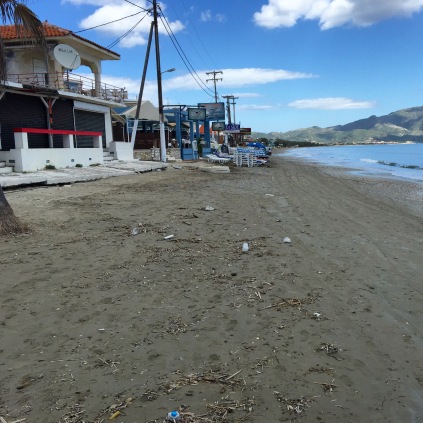 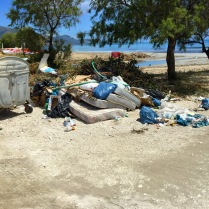 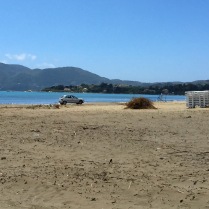 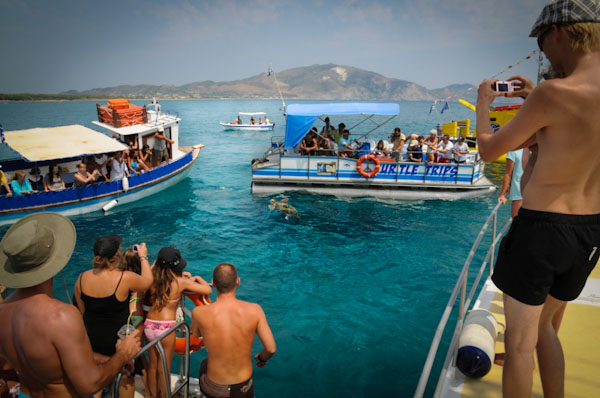 When selecting a tour operator in the Zakynthos (or other Greek Island), it’s important to choose one that operates responsibly, using the following guidelines:

Earth, Sea & Sky Global hosts a Volunteer Program in Gerakas, Zakynthos – offering visitors the chance to take a holiday in Greece while contributing to the protection of loggerhead sea turtles. Volunteers may help educate the public, clean the beaches, monitor the hatchlings, and more.

How is Loggerhead Marinelife Center going to help?

We are currently discussing additional collaboration ideas with Yannis and his team and will update you as they transpire. 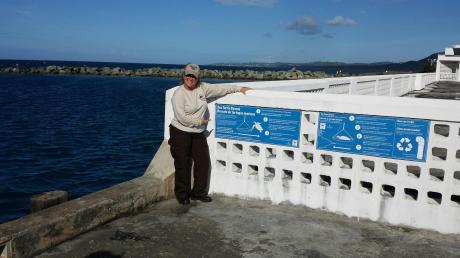 Suki with the new RPI signs on Mosquito Pier. 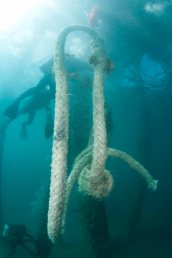 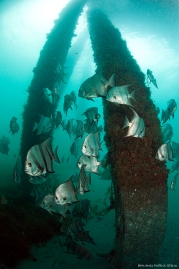 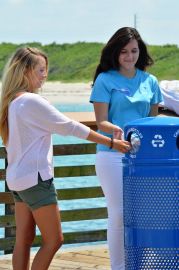 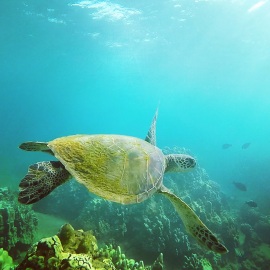 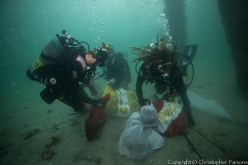 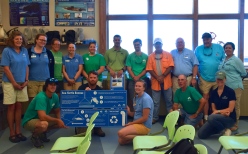 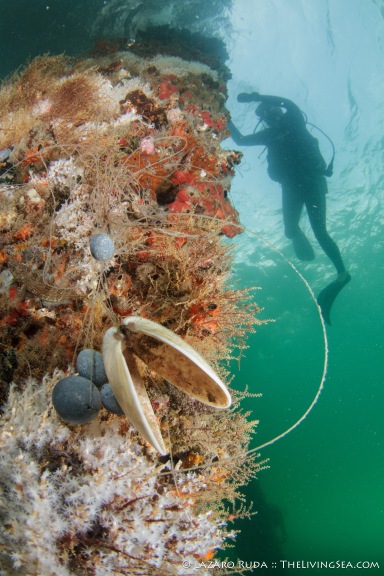 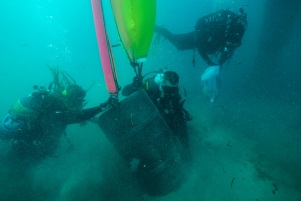 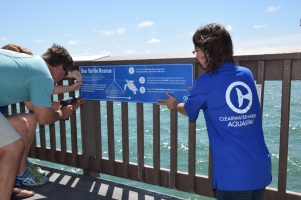 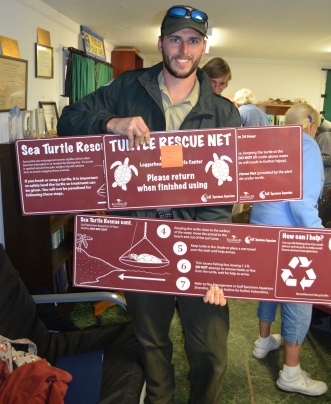 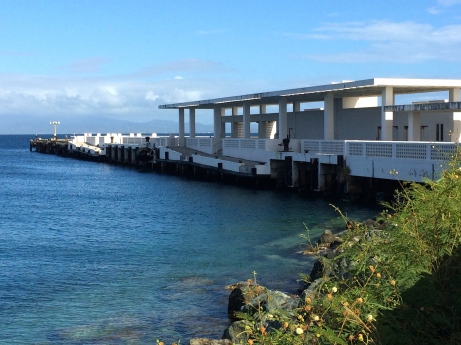 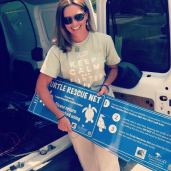 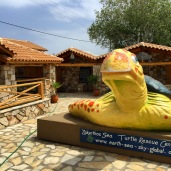 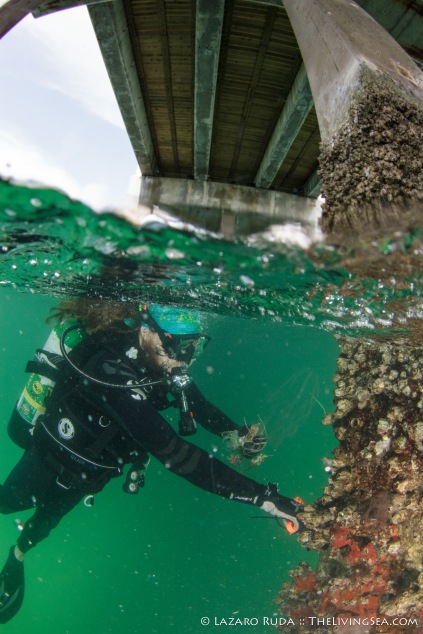 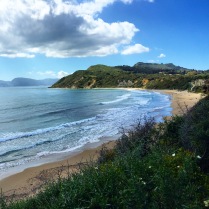 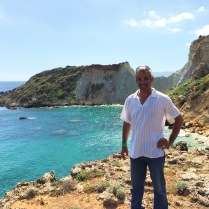 Yannis at a secret spot in Zakynthos. 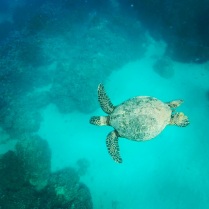 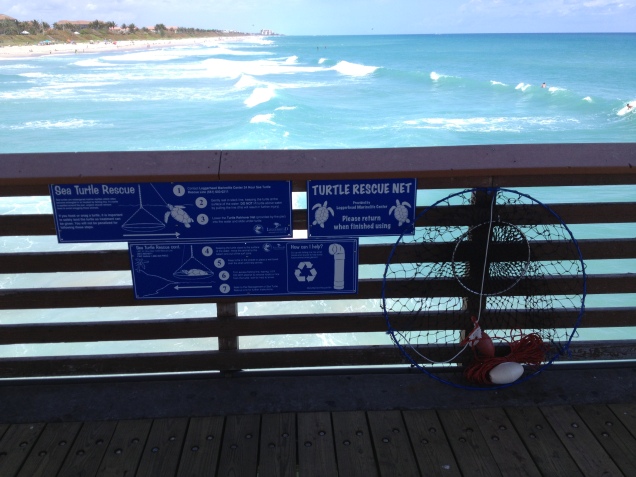